Nablus.. As a Business Incubator

Nablus city is famous for a number of industries due  to  the  big  number  of  crafts  workshops,  and the  quantities  and  qualities  of  its  products;  such as  traditional  soap,  building  stones,  aluminum and  furniture  industries  in  addition  to  the  fashion  and food industries including olive oil, dairy, nuts and sweets. According to the 2009 records of the Palestinian Central Bureau of Statistics , the number of  industrial  and  commercial  facilities  in  Nablus District counted about 13,742 distributed among different  sectors  (private,  public  and  civil).  While the overall number of workers reached 38,542 between employees and workers. Recently, a new sector emerged in Nablus pertained to services including hotels, restaurants, stock-exchange, and  communications being managed with total workers of 4000 distributed among 900 services’ utilities.

During the second Intifada in September 2000, the city  suffered  the  repercussions  of  the  strict  siege imposed on the city associated with the massive Israeli military operations launched in April 2002. This compelling closure of businesses and many industrial facilities  and  workshops  ,  caused  a  sever  financial deficit  with  losses  estimated  at  tens  of  million  US

dollars. Economic indicators showed a daily losses of Nablus District during 2002-2008 estimated at $ 1.2 million of which industrial sector share read 42%, services’ sector read 30%, agriculture sector read 20%, and tourism sector read 2%.Today, and upon the reinforcement of the security

campaign in Nablus beginning 2008, and with the lifting up of siege, Nablus was able to regain its position as a central commercial hub and business incubator.

Economic indicators showed a remarkable drop in the unemployment rate from 37% in 2005 to read 12,9% during 2010. In the last few years, it was clearly noticed that  a  number  of  new  service  facilities  were  opened including  restaurants,  public  parks,  and  different commercial centers. Nablus  enjoys  high  potential  for  being  the  leader  of Palestinian industry and commercial activities even in the hardship and worst situations. It is, with no doubts, the business incubator and the economic capital of Palestine.

Mount of Fire, a famous name given Nablus by rebels, in recognition to its defensive role against occupation and the big sacrifice made by its citizens throughout the Palestinian past history. During the second Intifada “Uprising” out broke end of 2000 led to a continuous Israeli invasions to the West Bank cities in April 2002, Nablus massively struggled through many martyrs and prisoners who rated 27% of total number of those in the West Bank.

Other means of oppression, the Israeli forces meant to suffocate the city, imposed a very strict siege extended for eight years, of which have had sever negative impact on all aspects of citizens’ daily lives. Such closure caused a total collapse in commercial and economic activities, and led to a compelling tangible cutbacks in several industrial and economic utilities, part of which fall down to a complete closure.

As stipulated by Oslo Accords signed between Palestinians and Israel in 1993, it was assumed that, within the transitional period extended from 1993-1998, a full sovereignty on Palestinian territories should be transferred to  the  Palestinian  National  Authority.  However,  Israel  proceeded  with  practicing  brutal  measures  including killing  of  people,  expanding   settlements,  houses’  demolish,  vandalism,  and  bombardment  against  land  and people at a time. Further, Israel divided Nablus district lands, as other Palestinian districts, into three zones: A, B, and C of which zone A of Nablus district represents Nablus city with 1.5% of total district lands, while zone B represents 20.5% of total district land and it includes all towns and villages of Nablus district. As for zone C which represents 78% of total Nablus district lands, it includes all agricultural and mountain lands that Israel has designated for building settlements and military bases for the Israeli army and enabled full sovereignty of Israel on civil and security affairs of the area. Thousands of land hectares owned by Palestinians were  confiscated by force for building Israeli settlements which are inhibited by 12,000 Israeli settlers. Existing of these colonies  within  Palestinian  territories  forms  a  direct threat on citizens’ lives, crops and their private properties as a result of daily friction and continuous harassment by settlers.  This  is  clearly  demonstrated  during  the  olives’ harvest season that witnesses massive land and harvest confiscation, in addition to olive trees uprooting, while hindering Palestinians from reaching their lands.

Nablus (Shekem) was known as a prominent and prosperous commercial center even during the Canaanites era in 2500 BC. Today, and after more than twenty centuries past since it was ruled by the Roman Emperors, Nablus is considered one of the basic pillars for Palestinian economy, due to the diversity of goods and commodities produced by hundreds of factories and crafts workshops based in the city, of which exported to both national and international destinations. 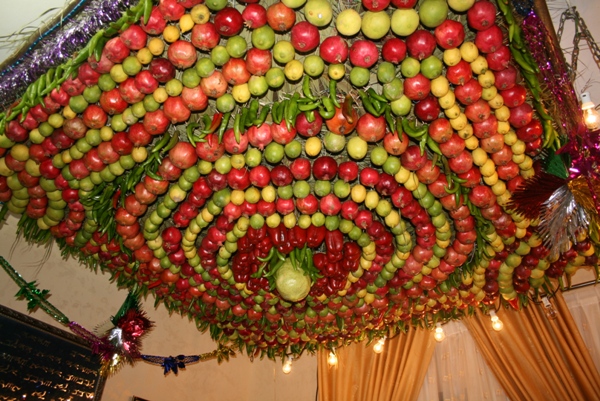 Al-Naser mosque Jacob’s Well Church .The Samaritan minority in Nablus counts the least population of 345 people, and they only lives in Nablus with similar community of 400 living in Holon-Tel Aviv. Samaritans believe that the summit  of  Mount  Jerzim,  where  they  are  settled,  is  the  most holy place on earth, on which the Samaritans’ temple exists. This forms the core difference between their beliefs and that of other Jewish religion followers.As  for  the hristians’  followers  whose  population counts 750 people, they mostly live in Rafidia area and belong to six churches managed by different Christian communities.  The  Jacobs’  church  in  the  east  part  of the  city  regarded  as  one  of  the  major  Christian  and holy landmarks at the both local and global levels. Samaritan Festival of Huts

Many researches, historical and religious resources referred to Nablus or (Shekem) as an important holy place, due to its contribution in a number of important historical events, such as the story of Jesus Christ with the Samaritan women at Jacob’s Well. This is a true evidence that the city enjoys a prominent and important status at both religious and historical levels.

Accordingly, such status of Nablus manifested itself in its social network and the reality of life where three religions’ followers;  Moslems,  Christians,  and  Samaritans,  are  peacefully  co-existing,  living  in  cohesion  since  hundreds  of  years, demonstrating a very unique case that rarely exists elsewhere. The three religions’ followers are very aware and sensitive to their responsibilities towards their city, working homogeneously for the cause of different issues of concern to their city and local citizens.